Included below are homes for sale at Portland Heights in Portland, OR. If you would like more information on any of these Portland Heights home listings, just click the "Request More Information" button when viewing the details of that property. We can provide you with disclosures, past sales history, dates and prices of condos recently sold nearby, and more.

And, if you haven't already, be sure to register for a free account so that you can receive email alerts whenever new Portland Heights home listings come on the market.

Premiere Property Group, Llc
The content relating to real estate for sale on this web site comes in part from the IDX program of the RMLS® of Portland, Oregon. Real estate listings held by brokerage firms other than Matin Real Estate are marked with the RMLS® logo, and detailed information about these properties includes the names of the listing brokers. Listing content is copyright © 2021 RMLS®, Portland, Oregon.

This content last updated on February 27, 2021. Some properties which appear for sale on this site may subsequently have sold or may no longer be available. All information provided is deemed reliable but is not guaranteed and should be independently verified. IDX and listing information is provided exclusively for consumers' personal, non-commercial use and may not be used for any purpose other than to identify prospective properties consumers may be interested in purchasing.

There are beautiful tree lined trails that lead to Washington Park. Washington Park has so many excellent things to do like visit the Oregon Zoo or Portland's Children Museum, enjoy exhibits and learn about the forest and the animals that call it home at the World Forestry Center. The Hoyt Arboretum offers twelve miles of trails with beautiful trees and bushes throughout. The International Rose Garden and the Japanese Gardens offer a peaceful and stunning atmosphere, when the flowers have bloomed at the Rose Garden or just strolling through the Japanese Gardens with beautiful ponds, bridges and water features.

A decent amount of residents in Portland Heights have the luxury of not having to commute at all because they work from home. For those that don't have that option, generally travel by car, some will walk or bike to work. Portland Heights does have the option to take a train or bus as well to commute into the city, although Downtown Portland is really close.

Portland Public School District serves the Portland Heights neighborhood with excellent public schooling, offering some of the best schools in the city. According to Greatschools.org, Ainsworth Elementary School and West Sylvan Middle School were both given a well deserved 9/10 rating and Lincoln High School was given an 8/10 rating. There are many private school options available to Portland Heights residents as well, such as St. Mary's Academy, The International School and Cedarwood Waldorf School. The schools in this neighborhood make the neighborhood much more attractive to potential buyers. 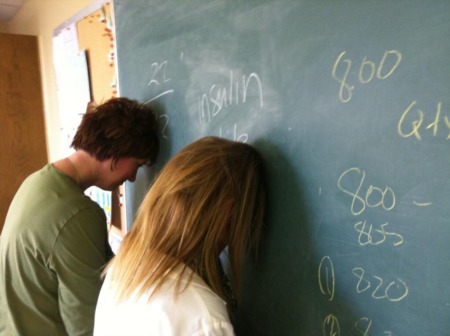