Included below are homes for sale in North Portland. If you would like more information on any of these North Portland real estate listings, just click the "Request More Information" button when viewing the details of that property. We can provide you with disclosures, past sales history, dates and prices of homes recently sold nearby, and more.

And, if you haven't already, be sure to register for a free account so that you can receive email alerts whenever new North Portland home listings come on the market.

Hasson Company
The content relating to real estate for sale on this web site comes in part from the IDX program of the RMLS® of Portland, Oregon. Real estate listings held by brokerage firms other than Matin Real Estate are marked with the RMLS® logo, and detailed information about these properties includes the names of the listing brokers. Listing content is copyright © 2020 RMLS®, Portland, Oregon.

This content last updated on December 4, 2020. Some properties which appear for sale on this site may subsequently have sold or may no longer be available. All information provided is deemed reliable but is not guaranteed and should be independently verified. IDX and listing information is provided exclusively for consumers' personal, non-commercial use and may not be used for any purpose other than to identify prospective properties consumers may be interested in purchasing.

North Portland residents enjoy easy access to lots of outdoor recreation. A peninsula formed by the meeting of the Willamette and Columbia rivers means lots of opportunity for boating and fishing, along with the nearby Smith and Bybee Lakes Wetlands area. North Portland is also home to a small private school, the University of Portland. The North Portland Greenway is still a work in progress, the goal is to offer through various trails, activities to include skating, skateboarding, biking, jogging and other activities or just an opportunity to take in nature as well as alternative transportation between Washington and Oregon.

Neighborhoods are widely diverse in this area from the condos and houseboats of Hayden Island to bungalows, craftsman, and four square homes in Kenton and University Park. North Portland shows the effect of imaginative landscaping and attention-to-detail restorations. Overlooked neighborhoods often provide rare and undervalued assets for prospective home buyers.

More centrally located, Peninsula Park is a family-oriented neighborhood in North Portland with basketball and tennis courts, baseball and soccer fields, and an outdoor swimming pool. The Peninsula Park Rose Garden is one of the oldest in the city. Closer into the city, the Matt Dishman Community Center at 77 N.E. Knott features a heated indoor swimming pool. 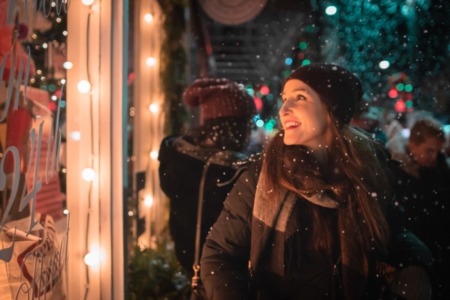