Included below are homes for sale in Brush Prairie, WA. If you would like more information on any of these Brush Prairie real estate listings, just click the "Request More Information" button when viewing the details of that property. We can provide you with disclosures, past sales history, dates and prices of homes recently sold nearby, and more.

And, if you haven't already, be sure to register for a free account so that you can receive email alerts whenever new Brush Prairie home listings come on the market.

Keller Williams Realty
The content relating to real estate for sale on this web site comes in part from the IDX program of the RMLS® of Portland, Oregon. Real estate listings held by brokerage firms other than Matin Real Estate are marked with the RMLS® logo, and detailed information about these properties includes the names of the listing brokers. Listing content is copyright © 2021 RMLS®, Portland, Oregon.

Brush Prairie is a small rural town located in Southwest Washington within Clark County. Along with other cities and towns in Clark County, Brush Prairie is still a growing community with plenty of room for growth. Of course along with new growth, there is still a good amount of older homes that intermingle with the new. Surrounded by other small, rural communities such as Meadow Glade and Battle Ground to the north or Orchards and Five Corners to the south and in close proximity to Vancouver Washington and Portland Oregon. Brush Prairie is  mostly self-contained with plenty of restaurants, cafes and shopping of its own but Brush Prairie also has excellent access to I-5 to allow residents to travel to nearby cities. Vancouver is only approximately ten miles from Brush Prairie and Portland Oregon only twenty minutes away. Truly the best of both worlds, living in a small rural area of Washington yet having the access to the big city amenities of Portland and Vancouver.

Outdoor recreation opportunities can be found at nearby parks such as Hockinson Meadows Community Park, which offers Disc Golf, a Dog Park, playground equipment and sports fields for soccer and baseball. There is also the Chelatchie Prairie Rail with Trail Project that still has more plans in the works but currently has a 33 mile trail that runs parallel to the county owned Chelatchie Prairie Railroad. Other nearby parks offering recreation and enjoyment of the outdoors are also readily available to residents and visitors as well.

The majority of residents in Brush Prairie are served by the Battle Ground School District for their public education needs; however some residents are served by the Hockinson School District. According to Greatschools.org, the Battle Ground Public School District ratings are mostly average with a few that are above average and a couple of stragglers that were given below average ratings. Battle Ground High School and Daybreak Primary School were given ratings of 6/10, Daybreak Middle School and Prairie High School with a 5/10 rating and falling behind to a below average ratings Laurin Middle School with a 4/10 rating and Maple Grove a mere 3/10 rating.

Hockinson School District has a more consistent outcome according to GreatSchools.org. Hockinson Middle School was given the high rating of 9/10 and Hockinson Heights Elementary School and Hockinson High School were both given an above average rating of 7/10.

Homes in Brush Prairie mostly consist of luxury and single family homes. The home prices in Brush Prairie tend to be on the pricier side for Clark County. There are several reasons for higher home prices, Brush Prairie is in a prime location with close access to both Portland and Vancouver, most yards have more to offer both in size and beauty, the homes themselves are ideal for raising a family, and most of the schools are well ranked as well. 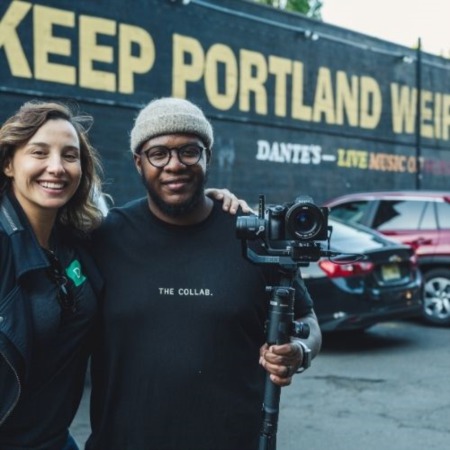